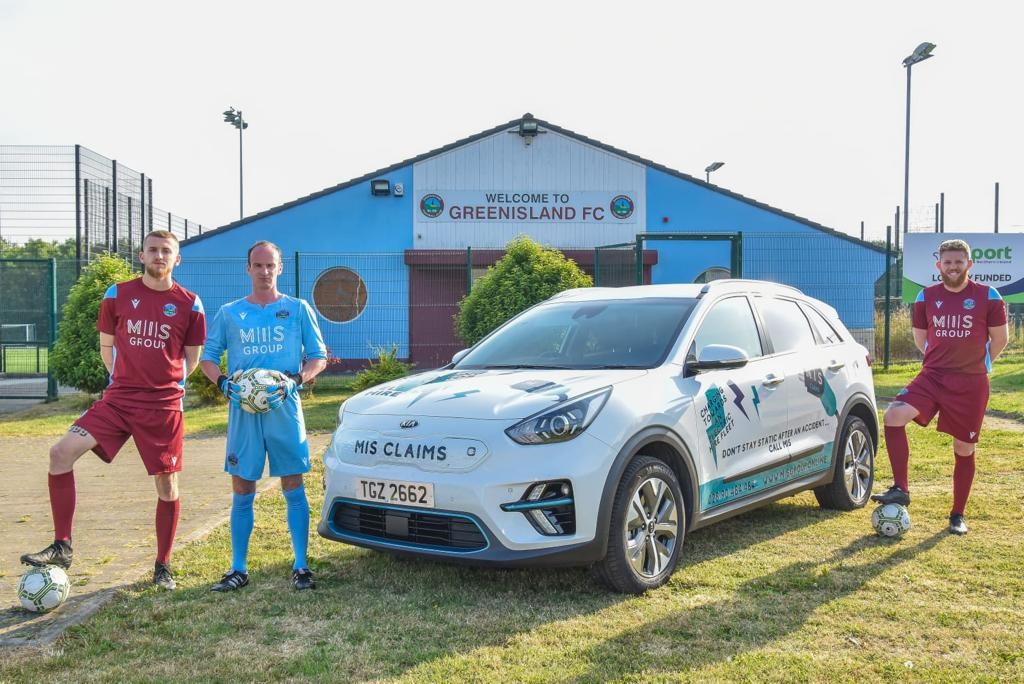 Founded in 1995, Greenisland Football Club have went from strength to strength and over the past 26 years have grown to have over 700 players, coaches and volunteers across 32 teams.

In the Summer of 2019 a new 3G pitch was officially opened and by the end of Summer 2021 the club hope to have their new Grandstand completed which is to seat 128 spectators.

MIS are delighted to continue the sponsorship of the Senior Mens section of the club. With the Firsts scheduled to start the league campaign on 7th August followed by an Irish Cup match on the 14th August, it is set to be an eventful season and we would like to wish the teams the best of luck in the season ahead.